I remember being voiceless, even though I didn’t know it. I never spoke up for anything I believed in. This was a time cast in doubt and darkness. It seems like a thousand years ago, when really it’s only been a few. The last time I knew this self was in the tenth grade.

I was sitting in my school’s tiny auditorium. The sophomores were called into an assembly for some sort of poetry performance. The principal had been vague. For several minutes, the room hummed with the murmur of questions. Then suddenly, out came five people. They sat in chairs on the stage. Four were quiet as one emerged. Tall, brown, and, obviously in his thirties, unlike the other four, he introduced the Los Angeles Get Lit organization. The ones on the stage before us would be performing poetry, the man said.

They were quite a diverse little group. Tall, short, thin, thick, brown and pale hardly begins to describe how different they appeared from each other. As they introduced themselves, my classmates and I giggled. We pointed and laughed at the flaws we saw and made fun of frivolous characteristics. No one thought that poetry could ever be considered interesting, let alone inspiring. We mocked the very possibility.

Until, the first poet spoke. She was short, and African American, a small figure with skin the color of caramel. The moment she started talking, the teasing stopped. The whispers, giggles, and gawking ceased. Visible on every face was an expression that could only be described as awe. No one cared what she had to say until she said it. It was evident in the applause that roared through the halls that followed the brief, stunned silence once she finished her poem. Earlier that week, and even that day, I could never have imagined myself doing the same thing. I never could’ve imagined myself doing almost the same thing when our English teacher had first introduced our poetry assignment. I could not have seen myself finding my voice in spoken word until the day I stood in front of my class and blew them away.

Never shun what could be your calling before you attempt to embrace it. 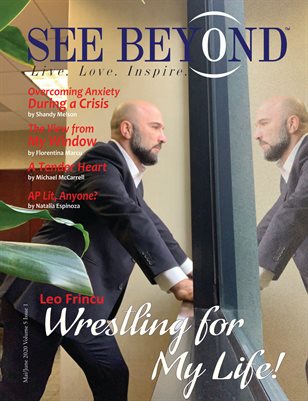 Don’t Leave Me Here Alone with All This Cake!